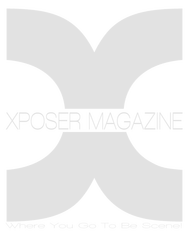 For the past several years, she has written, produced, and styled theatrics for live shows.  Serana Rose is the co-creator of the first "ladder of scissors" and chainsaw "kiss of death" sideshow stunts. She is one of few female sword swallowers in history.  She has been seen electrocuting herself for live audiences and showcasing fire eating, contortion routines and other feats of skill.  The beautiful and strange will continue to draw viewers to her craft.
Serana has written and performed in many original acts that have been witnessed by audiences across the globe.  She has starred in a comic series based on her act SHOW DEVILS, which she spent 7 years traveling with.  She gained much notoriety performing original chainsaw stunts, sword swallowing routines and live electrocution with her former partner The Enigma.  You may have seen her in the female driven Denver-based sideshow act, Scissor Sweethearts.  She is the creator of an Emoji Ouija Board, which can be used to text your dead friends.   She feels lucky to travel internationally, star in cult horror movies and work with tattoo artists, film makers, photographers, subculture sweeties, queens and freaks.

She is available to create custom pieces and loves to work with people who have the same passion for the unique arts as she has.